Although I haven’t got around to playing the latest Assassin’s Creed game, I have long been a huge fan of the series.  There is just something cool about climbing to the tallest point in the city and looking out over it and all of the surrounding area and then jumping off into a bunch of hay.  Well, one Assassin’s Creed fan decided it wasn’t enough to simply dress like Ezio Auditore but that he should also arm himself with the hidden blades for killing people too.  Personally, I would be a tad worried about cutting my own hands off with those things which is why I have never made a set of those for myself. 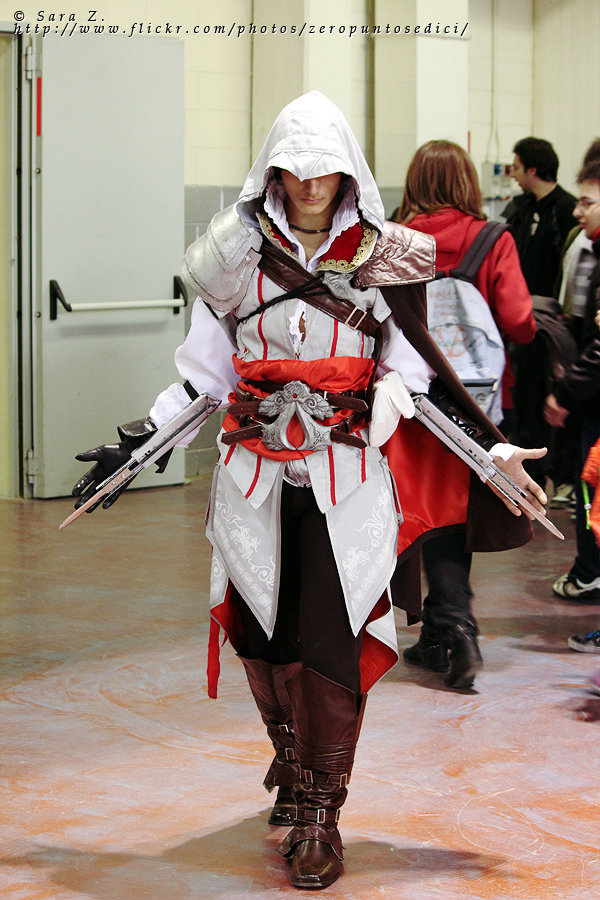