It seems everybody is getting a Comic-Con even these days.  I remember hearing about the San Diego Comic Con for years, but now they seem to be popping up all over the place including ones in Seattle and Denver (which I will probably go to).  Well, this awesome picture of some Doctor Who cosplay comes from the Emerald City Comic Con (Seattle) that happened last week.  It features a couple girls dressed as Daleks with another one dressed and painted up like a Weeping Angel.  As awesome as the cosplay for the Daleks and Weeping Angel is, perhaps the coolest part of this picture is the awesome TARDIS bags that the girls are carrying! 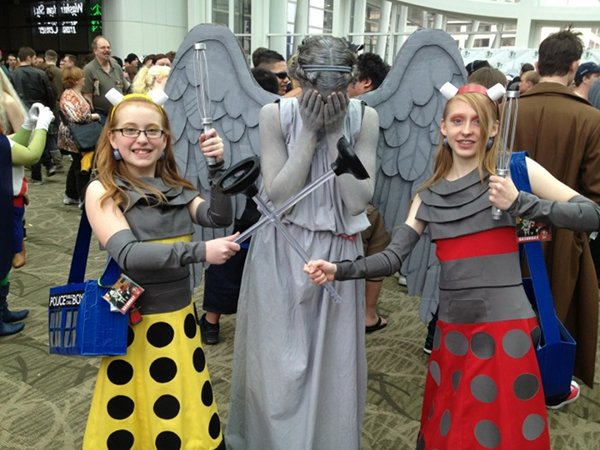