I’ve been kind of torn about whether I even want a third Ghostbusters movie if Bill Murry doesn’t want to be in it, but after seeing this picture of William Shatner sporting a proton pack, I think I would love to see him fill Murry’s shoes (not as the same character though).  I’m not sure if Shatner was just screwing around when he took this picture of if maybe this is his attempt at getting the fans to demand him be in the new Ghostbusters movie, but either way, it is a cool picture and I love the idea of him in the movie!  When there is something strange in your neighborhood, who are you going to call?  Captain Kirk!

Pass this along to any Ghostbusters and William Shatner fans you know!  Like Fanboy Fashion on Facebook too! 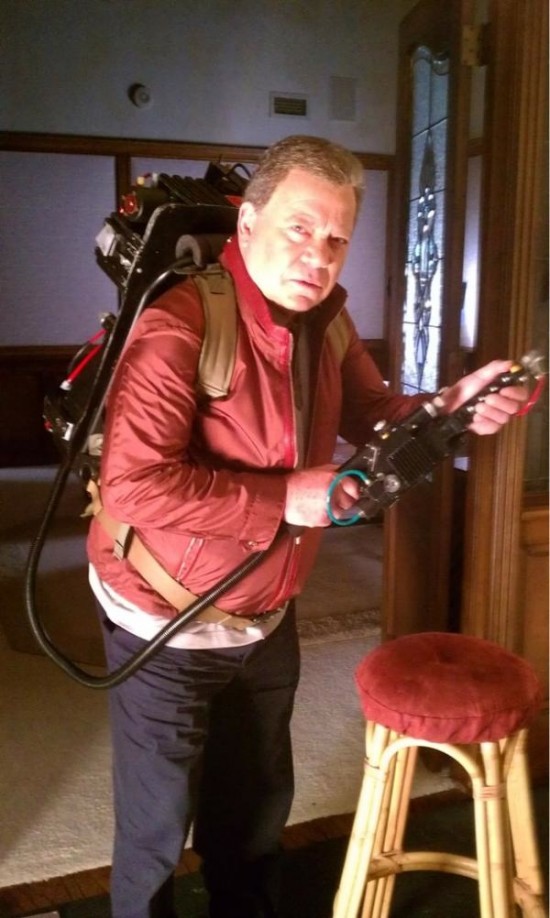 William Shatner as a Ghostbuster