One of these days, I am going to make it to the San Diego Comic-Con because from everything I have seen, I would be in heaven.  Between the panels with some of my favorite actors and the phenomenal cosplay, you would have to cut the smile off my face if I went!

Well, speaking of phenomenal cosplay at the San Diego Comic-Con, this sexy lady Cyclop cosplay was spotted and photographed by Leonard Lee from MTV (MTV is still around?!).  I’m not sure who this awesome X-Men cosplayer is, but I’d say she pulled off this Cyclop cosplay quite well! 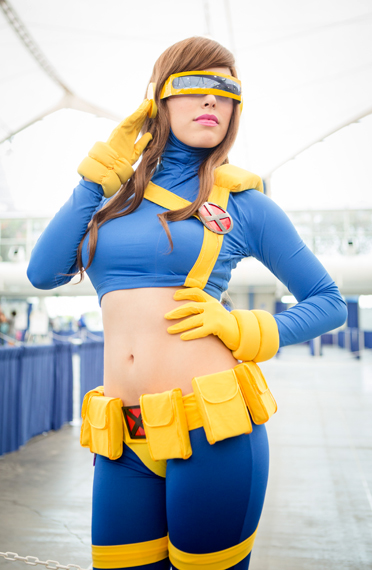 [Source:  MTV via Geeks are Sexy]