For those who happen to be huge fans of the Mass Effect franchise, I am about to make your day with this awesome female Shepard cosplay!  I have yet to play the games myself (I’ve bought them, I just haven’t got around to playing them), but I know many people that think the games are amazing so I figure this cosplay should go over pretty well.

Crystal Graziano is the cosplayer sporting this amazing Mass Effect 3 female Shepard cosplay and this photograph was taken by Big White Bazooka.

This is easily some of the best Mass Effect cosplay I have seen and I think everybody involved did a fantastic job! 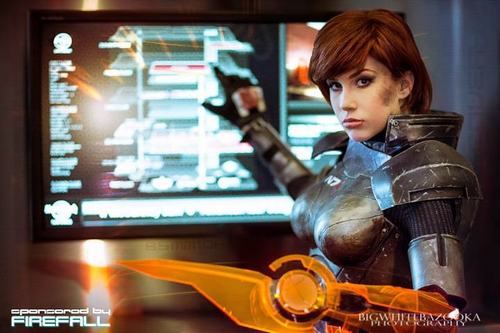