I can understand people getting tattoos on areas of skin that aren’t that sensitive  like around the shoulders or something but just the thought of getting a tattoo on my feet makes me cringe.  Well, that is exactly where one Super Mario Bros fan got his tattoo!

Ben Hostetler is the person sporting this sweet Koopa Troopa tattoo on their foot.  The tattoo parlor that did this piece of gaming body art was the Atomic Tattoo branch in Tampa, Florida.

Pass this along to any Super Mario Bros fans you know!  Like Fanboy Fashion on Facebook too! 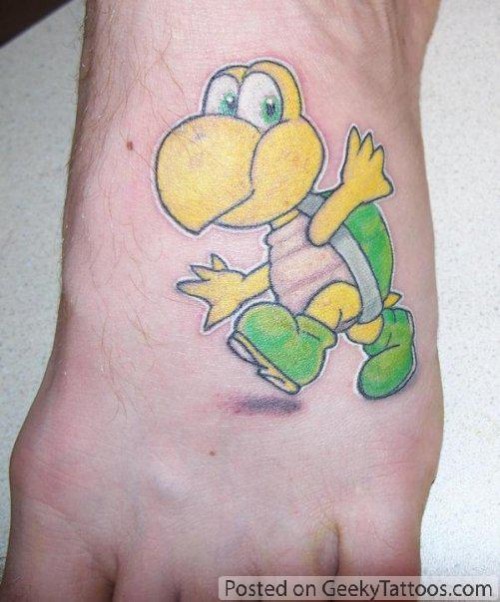