Etsy seller ifindustries is selling $.25 video arcade coin slot belt buckles for $90.  These coin slots have been recycled from dead arcade games and turned into a belt buckle any gamer would love!  The listing is currently showing as sold out, but they are made to order and you can still get one if you contact the seller.

The coolest part about these is that they are still lit up like the days when they were swallowing quarters during their gaming years!

If I was one for wearing a belt or had $90 to spend on a belt buckle, I would be all over this as it is easily the coolest belt buckle idea ever! 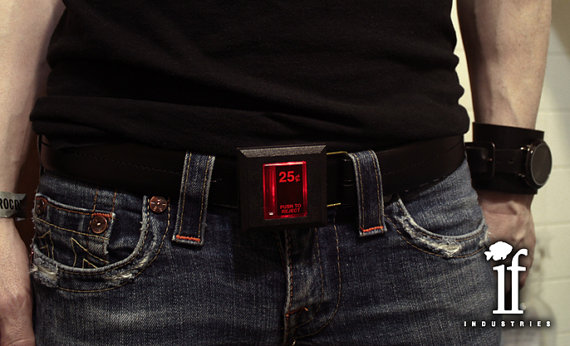