Holly, the amazing fingernail artist over on the Nailed It With Glitter Tumblr blog decided to take on the challenge of making some Batman fingernail art that only makes sense if you match up the fingers on both hands.  The idea is quite clever and turned out to be some of the coolest fingernail art I have seen!  Great job Holly! 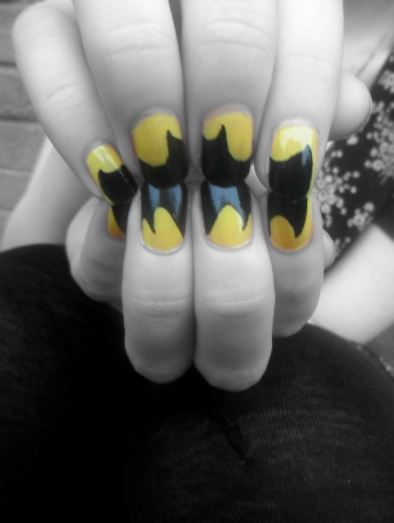 [Source:  Nailed It With Glitter via Hot Nerd Girl on Facebook]