Admittedly, I am a bit behind on playing the Assassin’s Creed games.  I just started Assassin’s Creed: Brotherhood recently so I have a bit of catching up to do before I can even think about playing Assassin’s Creed III or the Liberation game on the Vita (although I hear it isn’t that good).  Well, if there is one thing that can inspire me to get it together and catch up with the games, it is some great cosplay!

Cosplayer LadyBad is person sporting this rather amazing Ezio Auditore da Firenze cosplay from Assassin’s Creed: Revelations.  The photography (which is also quite good) was done by photographer greengreencat.

I am amazed at the level of detail in this Ezio cosplay!  The costume seems to be very well done!  I am impressed! 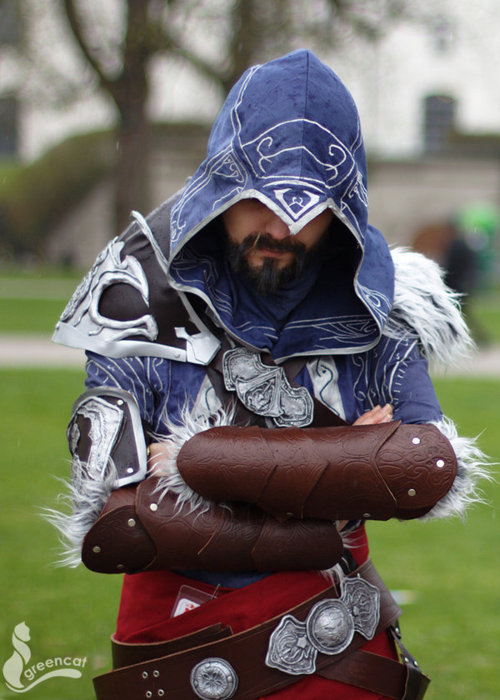