This World of Warcraft Valeera Sanguinar Cosplay is Amazing! [pic]

Not being much of an RPG guy, I never really had any desire to play World of Warcraft.  I have seen it turn a number of people including an old roommate into a WoW addicted zombie so I figured I would be wise to avoid the game (that and I have serious issues with the idea of paying monthly to play a game but that is a topic for another day).

However, even though I might not be a huge World of Warcraft fan like many, I still enjoy seeing the amazing cosplay the game inspires.  In the past, I have featured some awesome Sally Whitemane WoW cosplay, some great Night Elf cosplay and even some spectacular female Druid cosplay.  Well, now we can add another great piece of World of Warcraft cosplay to the list with this amazing Valeera Sanguinar cosplay!

Cosplayer and DeviantART user Yurai-cosplay is the woman sporting this spectacular Valeera Sanguinar cosplay.  Not only is the cosplay something special, but the photography is pretty good too which was taken by DeviantART user Hidrico.  They both did a fantastic job!

If you have any great cosplay you would like to see us feature, hit us up through the contact page linked at the top! 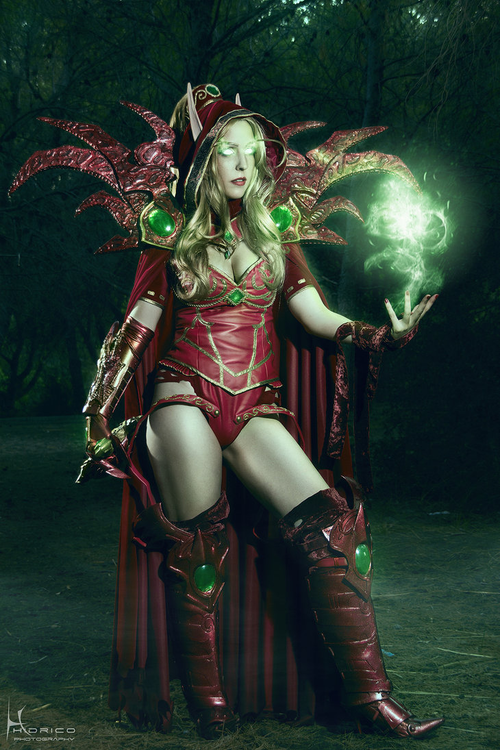