Since the young age of 2, I have been playing video games.  While I spent a good bit of my childhood dropping quarters at the local arcade, most of my gaming was done on Nintendo consoles like the NES.  So its pretty safe to say there is a special place in my heart for old Nintendo games like Super Mario Bros (which I still play almost daily 23 years later) and the Legend of Zelda.

This awesome Nintendo sleeve tattoo belongs to Johan Jonk Stenström.  It was inked by the obviously talented tattoo artist Mina at Hawk and Sparrows and the picture was taken by Lisa. 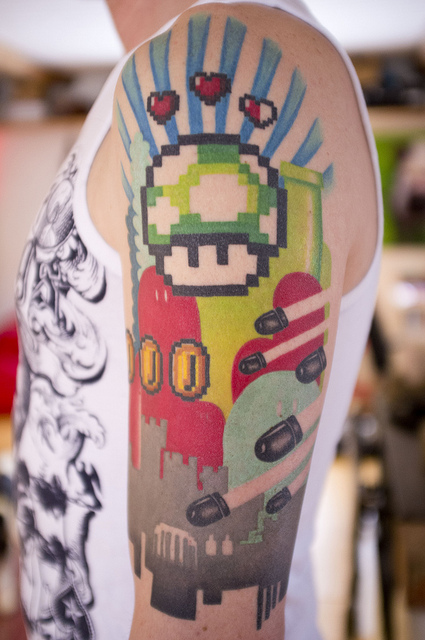