Its been quite a while since I have posted some cool fingernail art so when I was browsing reddit and came across this amazing Star Trek: The Next Generation fingernail art, I knew I had to post about it!  I’ve always preferred the Deep Space Nine uniforms but I think these actually look better as fingernail art than DS9 uniforms would.  However, I’d still like to see some DS9 fingernail art if anybody out there is up to the challenge.  But, until somebody does that, lets talk about this awesome TNG fingernail art!

This amazing Star Trek: The Next Generation uniform nail art was done by reddit user feelslikeawoman.  While I think she did a heck of a job with this nail art, I think I am most impressed by the fact that those are real nails rather than fake ones.  I think she must have hit the genetic fingernail lottery!  I can’t say that long nails are my thing but I can certainly appreciate how rare it is for somebody to be able to have natural nails that can get that long. 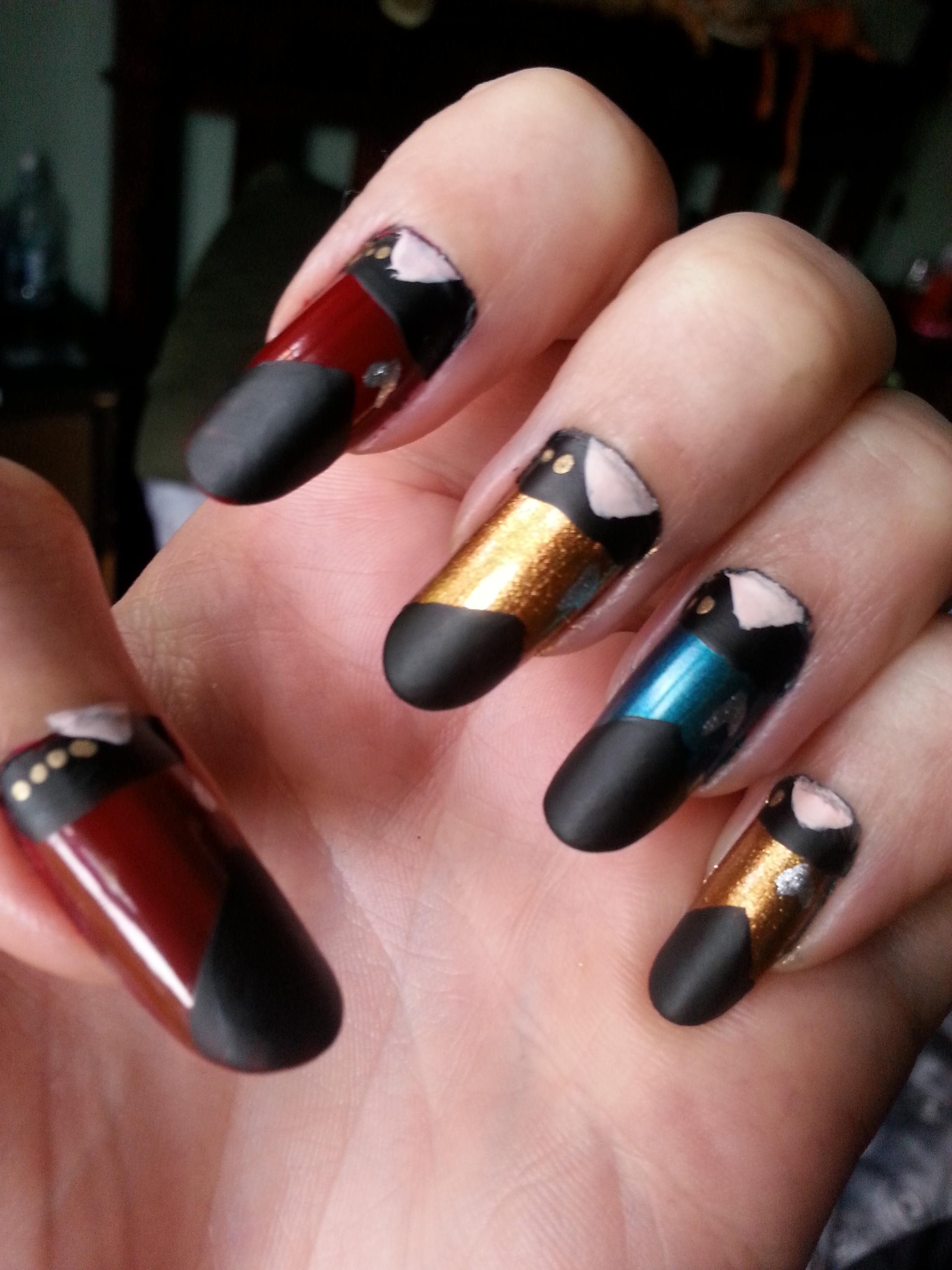