If you ever see me in person, chances are you will never see me without a hat on.  Largely due to my very light sensitive eyes, I never leave the house without a hat and sunglasses on.  As a result, people tend to see me as someone who never takes their hat off.  Being a hat guy, I usually go through about 2-3 hats a year because they get dirty, sweat stained and rather disgusting after about 6 months or so.  While I still have several months of use left on the God of War hat I have been sporting, I’ve been on the hunt for its replacement and that is when I came across these cool Star Trek athletic hats.

The incredible folks over at ThinkGeek are selling these awesome Star Trek athletic hats for $24.99!  You have the choice of red, blue or gold and they are adjustable with a clip and pull tab in the back.

One of these hats is definitely going to be my next hat, I just can’t decide which one I want!  I’m debating between either red or blue.  If you get one of these hats, let me know in the comments below which color you go with!

Share this with any Star Trek fans you know! Also, if you are a Kindle owner, subscribe to have Fanboy Fashion delivered directly to your Kindle! 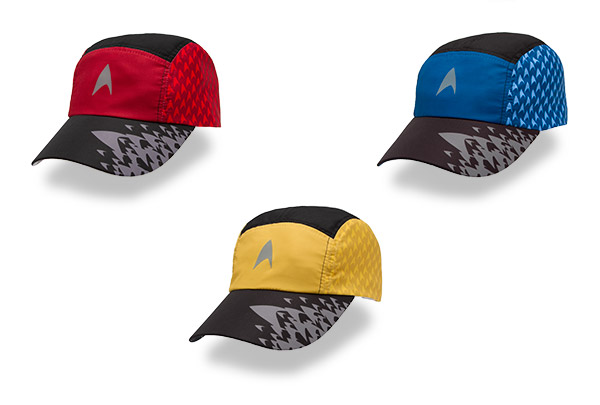 Anybody who knows me at least in meatspace knows that I am a big fan of wearing baseball caps.  I will never leave the house without one so there are a lot of people who have never seen me without my trademark hat.  The bad thing is that because of the job I have, then tend to get rather dirty and nasty rather quickly so I tend to go through 2-3 hats a year.  Well, my current Go of War cap is nearing the end of its life so I was looking around this morning for my next hat when I stumbled across this awesome TMNT baseball cap that I thought you guys would love as much as I do!

The nerdy folks over at SuperHeroStuff are selling this awesome Teenage Mutant Ninja Turtles shell print snapback cap for only $19.99!  If you were a big TMNT fan as a kid like I was, you are going to love this cap!

I really like the fact that this hat is adjustable with a snapping back because my last couple of hats have been kind of a one size fits all style that just has an elastic band to keep it tight around your head but that tends to wear out rather quickly so even the smallest breeze can send it flying.  It will be nice to have something that will stay on my head for a change! 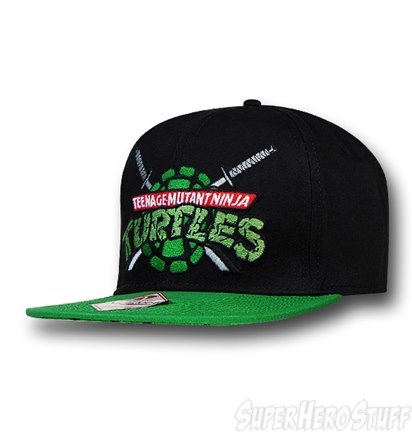 For those that know me, they know that I never leave home without a hat on.  It is almost always some sort of geeky baseball cap like the God of War hat I am currently wearing.  However, I’ve been wearing this hat most of the year and it is getting rather faded and nasty looking so I am in the market for a new hat and I stumbled across these awesome Star Trek hats that I figured I would share with you guys.

The incredible folks over at ThinkGeek are selling these awesome Star Trek hats for just $24.99 each.  You can choose between command, science and engineering, so whichever you love most is what you should get!  Also, for those seeing this today (August 12, 2013), you can save 14% on your order of $19.99 or more with the coupon code ‘EDGEPEEL’.  That coupon is only valid today since today is ThinkGeek’s 14th birthday so if you don’t use it today, you are out of luck.

Personally, I think I am going to go with the science cap since I am a huge science geek.  Let me know which one you are getting in the comments below! 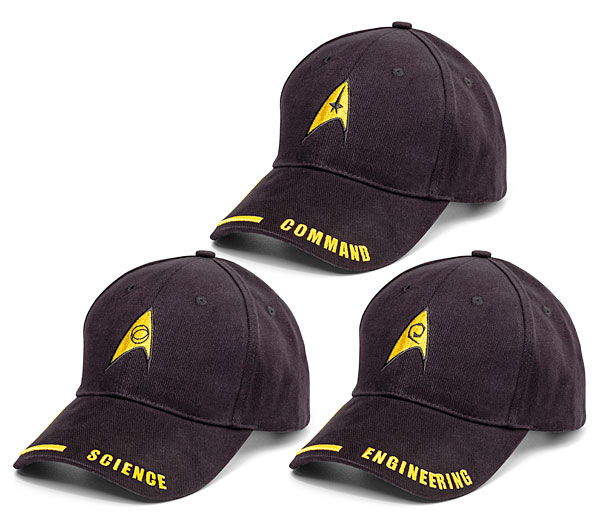