Our winters can get kind of cold around here, but I have never been one for wearing a scarf.  However, if I had a scarf like this awesome Final Fantasy scarf, I would wear one all winter long! 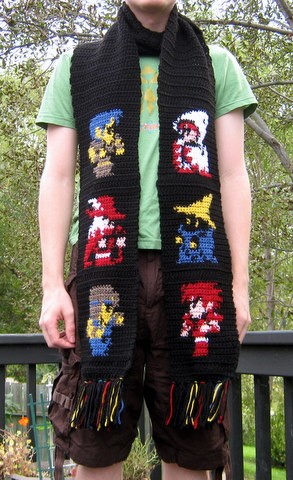