Are you one of the millions of people that loves the Borderlands games?  I know I count myself among them!

Well, if you do enjoy the game and especially have a love for Claptrap, I think I have come across a hoodie that will have you reaching for your credit card.

The geektastic people over at ThinkGeek are selling this awesome Hello Minion Claptrap hoodie for $57.99.  It comes in a range of sizes from small to XXL and will make you the envy of all of your Borderlands loving friends!

As for the details, it is a full zip hoodie with CL4P-TP on the front and the full robot on the back.  Unfortunately, this hoodie isn’t likely to make you as funny as Claptrap but stranger things have happened! 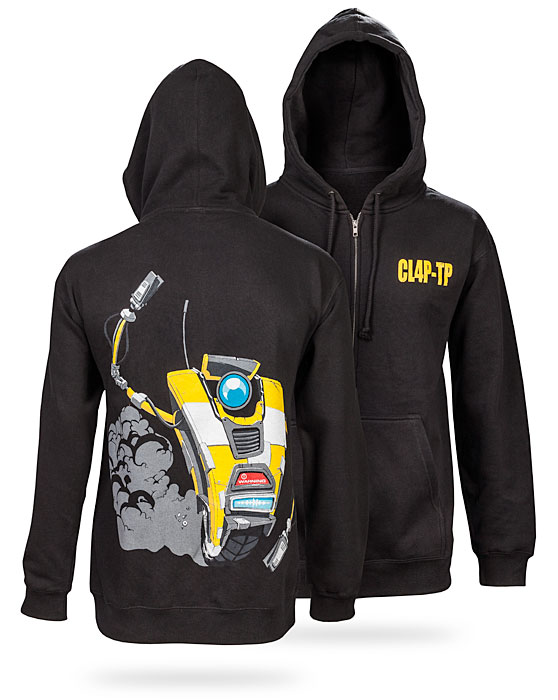 The Borderlands games are great and certainly worthy of making for some great tattoos, but I’m pretty sure this is the first time I have ever seen somebody take the box art from a game and turn it into a tattoo.  That seems to be exactly what one Borderlands fan has done with this amazing Psycho Bandit tattoo!

The clearly talented tattoo artist Dane Grannon is the guy that inked this amazing Borderlands tattoo inspired by the game’s box art.  I am blown away by how the coloring turned out on this Borderlands tattoo.  I think that is probably what makes it so great looking!

If gaming tattoos is what you like, I suggest also checking out the sexy NES controller and Super Mario Bros tattoo I posted a while back. 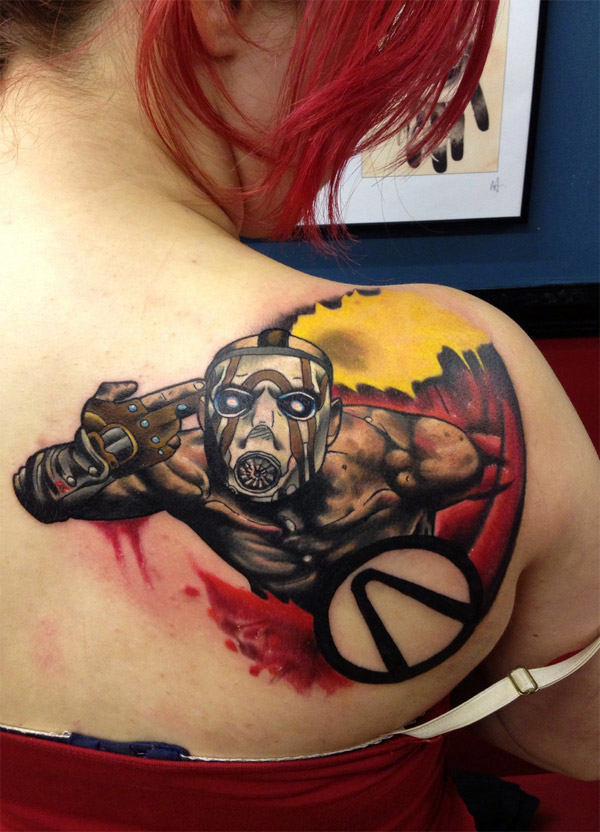 For those out there that are big fans of the Bioshock games, I have found some Big Daddy and Little Sister cosplay that will blow you away!

Unfortunately, I don’t know who these amazing Bioshock cosplayers are that are sporting this spectacular Big Daddy and Little Sister cosplay, but I do know they were spotted at DragonCon 2012.  From the pictures I have seen, apparently there is some kind of big cosplay parade at the convention which is where these two were spotted.

This cool Bioshock cosplay photo was taken by Flickr user millermz.  I highly recommend checking out the rest of their photostream as they have hundreds of amazing cosplay pictures from DragonCon 2012.  I’ve never thought about going to that con before, but now I definitely want to go next year! 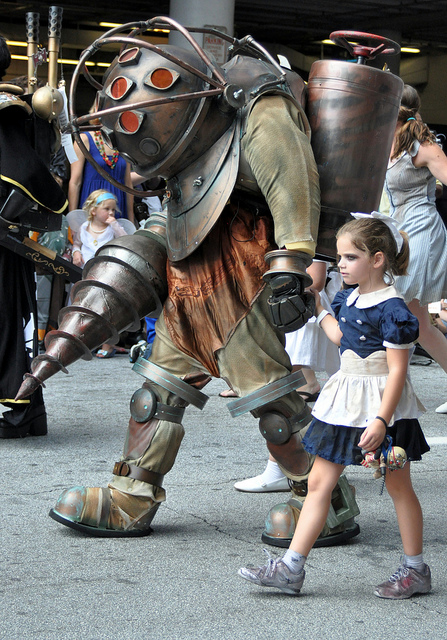 For the past six years or so, I have been wearing Gears of War dog tags around my neck, not because I like the game (I have only played a couple hours total of the entire series), but because it is a bit of a conversation starter with fellow gamers.  I am constantly complimented on it from random gamers I happen to meet in restaurants or stores when I venture out.  However, I bet I would really get the conversation going if I went out dressed as Marcus Fenix!

This very impressive Gears of War cosplay featuring the characters Marcus Fenix and Anya Stroud are being sported by Preston Thorne, Senior Engine Test Manager at Epic Games (Marcus Fenix) and Kat Eichhorn (Anya Stroud).  These pictures taken by Eurobeat King are quite impressive!  I’d say everybody involved did a great job!  This is some of the best Gears of War cosplay I have seen!

Pass this along to any Gears of War fans you know!  Like Fanboy Fashion on Facebook too! 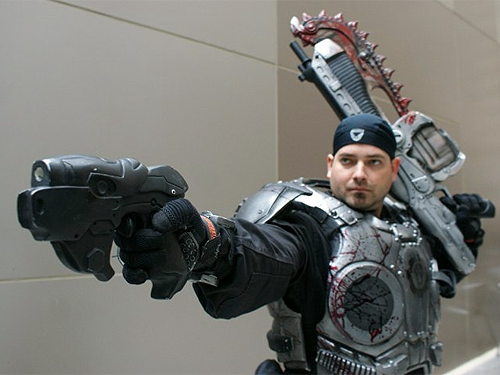 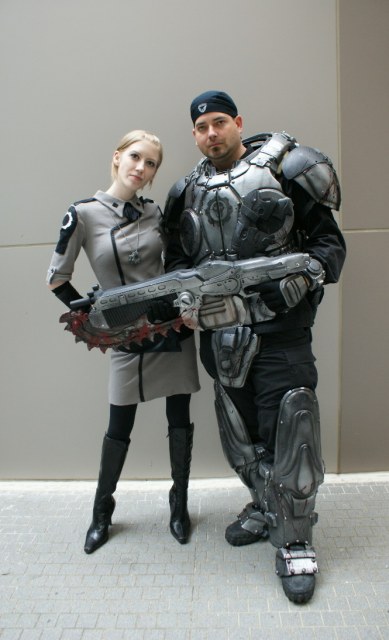 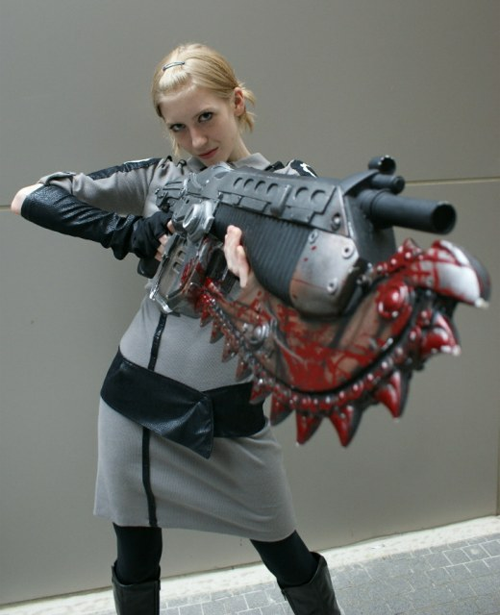 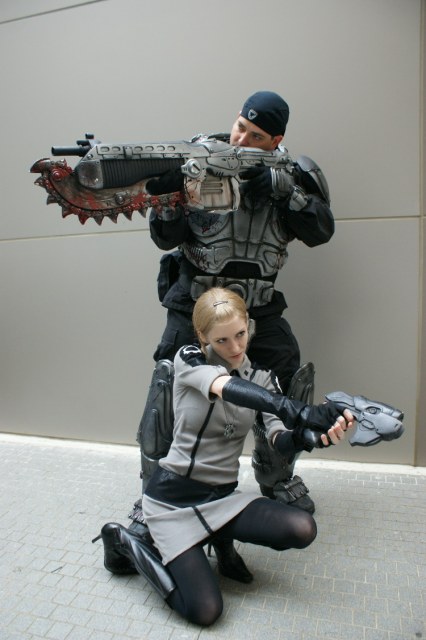 With all of the excitement around Gears of War 3, I thought it would be fitting to post this awesome Anya Stroud cosplay picture.  I’ve seen a lot of awesome cosplay in my time, but I think this might be one of my favorites.  I wonder if this girl is as good at the game as she is at dressing up like characters from the game?  I’d like to meet her on the battlefield sometime!

Pass this along to any Gears of War fans you know!  Like Fanboy Fashion on Facebook too! 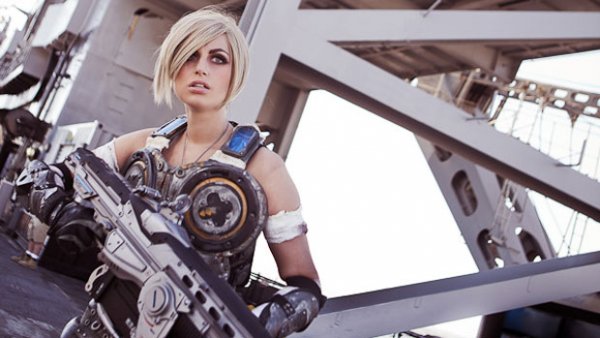