I have a rather nice little collection of Game Boys as I had a bit of an obsession with them as a kid (my Tetris addiction probably didn’t help) but if there is one thing I don’t have in my collection and would die to have in my collection, it would be a giant wearable Game Boy that is playable and uses giant Game Boy cartridges.

I’m not sure who this awesome guy is or where he was spotted (if you know, please let me know in the comments below so I can give him the credit he definitely deserves), but a few days ago on reddit I came across these pictures of a guy sporting some epic Game Boy cosplay that is actually playable!

I’m not sure just how many games this guy has for people to play on his huge Game Boy costume, but I at least know there is Tetris, Dr. Mario and Donkey Kong Land judging by the second picture with another guy holding up two of the giant cartridges.

And while you can play this giant Game Boy, I’m not sure how practical it is given the size of the controls, especially for a game like Tetris.  The back-lit screen is also a bit of an authenticity killer but it does make it look better than the picture where the back-lit doesn’t seem to be turned on so I can live with it.  Back-lit or not, this Game Boy costume is epic!  Whoever this guy is, he is my hero! 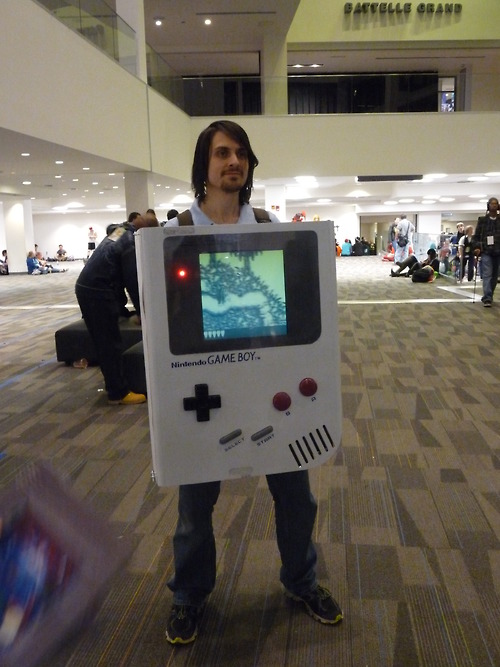 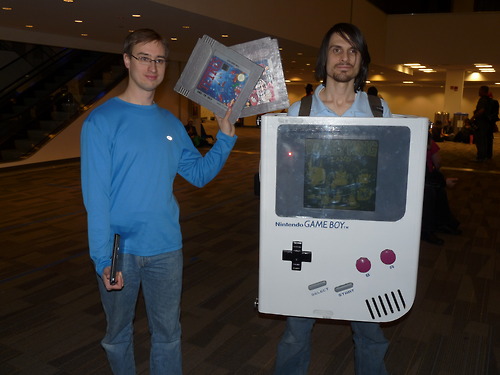 Attention Zelda Fans! This Cool ‘LNK’ T-Shirt is $11 Today Only!

Like most gamers, especially those around my age, I am a huge fan of the Legend of Zelda games.  I even carry a Legend of Zelda: Twilight Princess wallet and occasionally wear one of a couple Legend of Zelda hats that I have.  I have Zelda shirts too but not very many although after today, I am going to have one more!

The super cool geeks over at TeeFury are selling this ‘LNK’ shirt for just $11 today only!  This cool shirt design featuring what vaguely resembles a Game Boy holding a master sword, a shield with the classic Zelda heart icon on it and playing a Zelda style game was created by Drew Wise.

If you are a big Legend of Zelda or Game Boy fan like I am and think this design is pretty cool, I suggest you stop what you are doing and go order the shirt now before it is gone!  Remember, it is available today only (technically you can get it for a few hours tomorrow but at a higher price)! 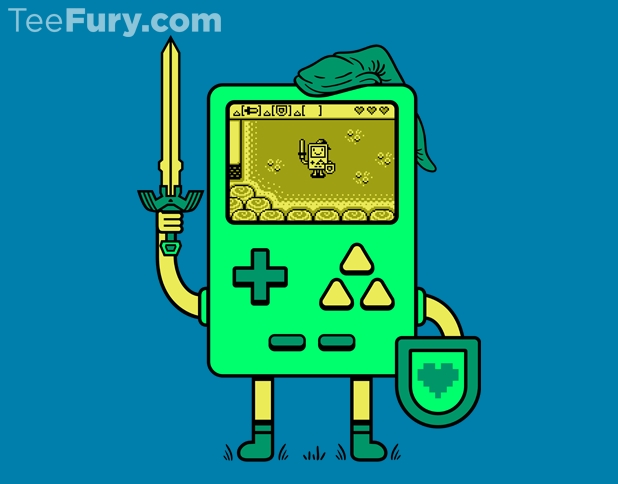 I’ve never been much of a glove person myself outside of when I scrape the frost off of my car in the mornings but I might be more willing to wear some on occasion if somebody sold some geeky gloves like these.  MaDonna Flowers used her crochet skills to make this awesome pair of fingerless Game Boy gloves and I definitely want a pair!  Unfortunately, I’m not sure how much good they would do me because although my fingers get cold easily, my hands never do so to have fingerless gloves would almost be pointless for me. 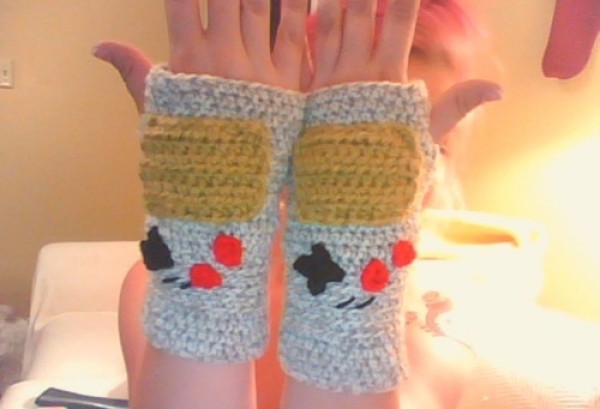