One of the reasons I loved the Pokemon cartoon when I was younger was because of Team Rocket.  I found them to be hilarious.  Well, it appears they have made the transition from cartoon to the real world and they look awesome!  DeviantART user Ryoko-demon posted this amazing bit of Pokemon cosplay on thier account.  Judging by the giant rocket in the background, I would say they are prepared to fight! 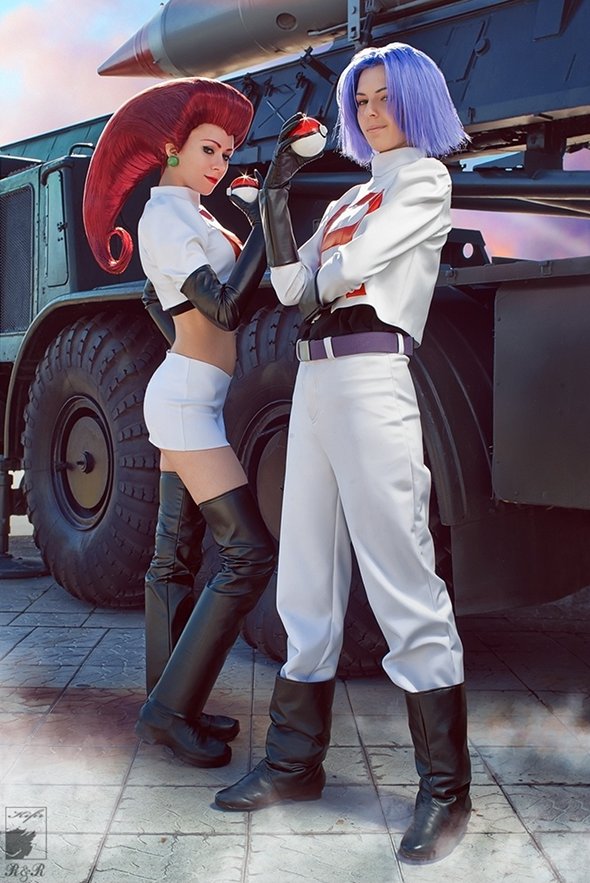