I wear all types of geeky t-shirts, hats, and the occasional dog tags but there is a serious lack of geeky pants for men.  I kind of get tired of wearing plain ol’ jeans every day and I would really like to have some pants that show off my geeky side as well.  I’m sure I wouldn’t be setting any fashion trends but I don’t think I am doing that anyway so it really doesn’t matter.  However, at least women can show off their geeky side with some really cool leggings like the Super Mario Bros leggings and TARDIS leggings I have posted in the past and now some amazing Assassin’s Creed III leggings.

The folks over at Insert Coin now have this amazing pair of officially licensed Assassin’s Creed III leggings up for pre-order for just $42.  I’m not sure when they will start shipping but leggings this cool would be worth waiting for.  If you are an Assassin’s Creed loving woman, than these are definitely the leggings for you!

Why can’t they make these for guys?  I would definitely buy a pair or three!  I’d probably get made fun of but at least I would look cool. 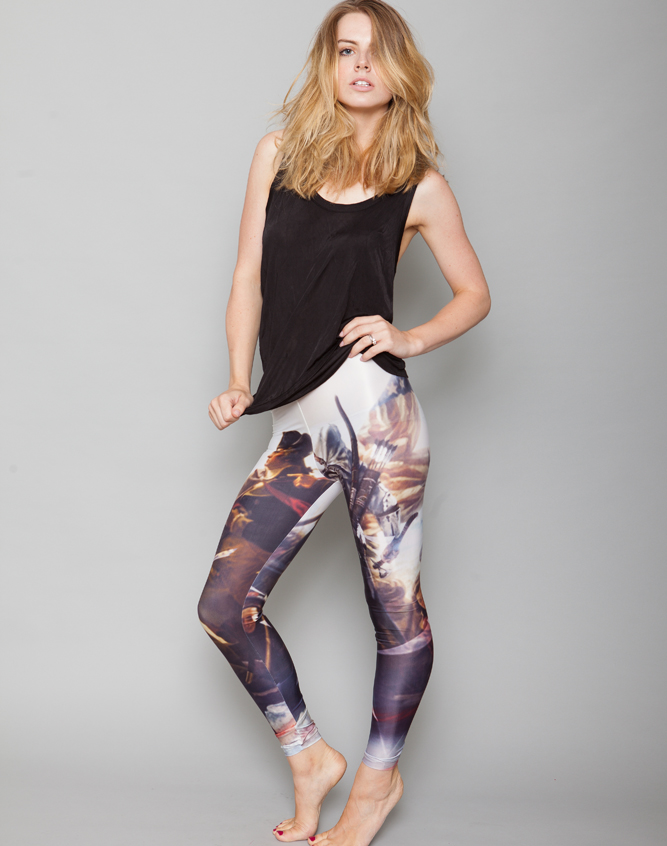