Although I have never been to one, apparently even superheros like to spend some time at Renaissance fairs in their off time from fighting evil.  These awesome cosplayers decided to take their cosplay to the next level and come up with some Renaissance Justice League cosplay.  Some of the costumes seem a tad simple, but I really like Batman’s mask.  If the day ever comes that I get to go to a Renaissance fair, I really hope I see these guys there although I might prefer to see Sheldon Cooper there dressed as Spock.

Pass this along to any Justice League fans and Renaissance fair lovers you know!  Like Fanboy Fashion on Facebook too! 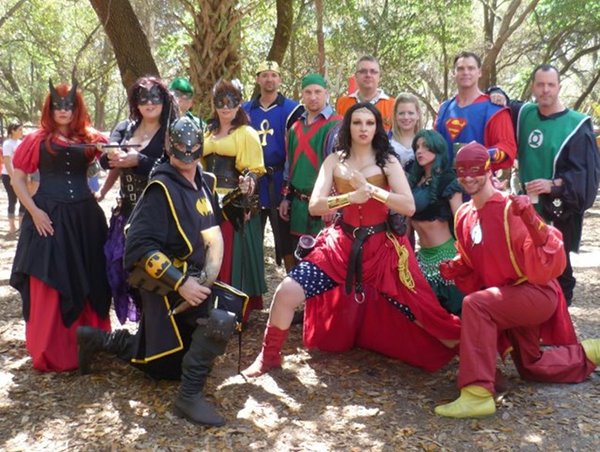