I am always blown away when I see people that are amazing at parkour, but this one is especially mind blowing.  Not only is this guy incredibly skilled at parkour and doing some crazy stuff, he is doing it all dressed as Altaïr Ibn-La’Ahad from Assassin’s Creed.

The amazing guy in this Assassin’s Creed inspired parkour video is parkour expert Ronnie Shalvis.  Devin Graham is the guy that created this spectacular video while awesome music was done by Stephen Anderson.

Pass this along to any Assassin’s Creed fans and Parkour lovers you know!  Like Fanboy Fashion on Facebook too! 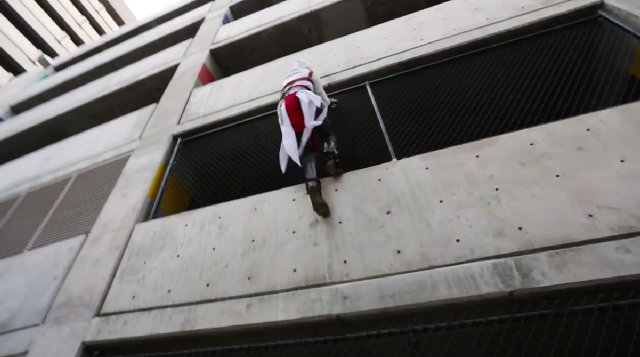