Here is one of those rather odd cosplay combinations where a girl dressed up as the Punisher is posing with a Star Wars scout trooper and a snowtrooper.  I’m not sure where this awesome photo was taken but Vampy (Punisher) apparently ran into some of her 501st Legion friends and decided to pose for a picture with them.  Having attended many sci-fi conventions in the past, it never ceases to amaze me how many people want their picture taken with people dressed as various types of stormtroopers.

Pass this along to any Star Wars and Punisher fans you know!  Like Fanboy Fashion on Facebook too! 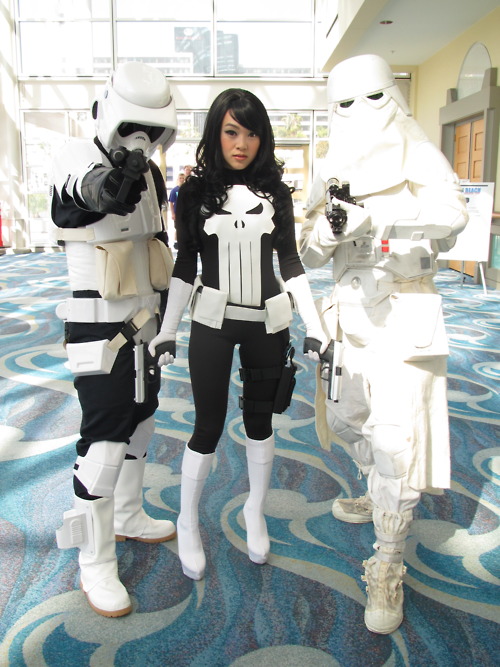 Punisher Cosplay Posing with a Scout Trooper and Snowtrooper