Its not too uncommon to see some good Futurama cosplay, but I’ve never seen any besides cosplay of Bender, Leela and Fry.  That is until now!

I don’t know who this guy is (if you know, let us know in the comments below), but he pulls off some awesome Scruffy the janitor cosplay!  Apparently this picture was taken at last week’s San Diego Comic-Con (I don’t know who took the picture either so let us know if you do so we can give them credit).  Its a pretty simple costume but I don’t it could look any better if he tried!

This just goes to show you, cosplay isn’t just a young mans game! 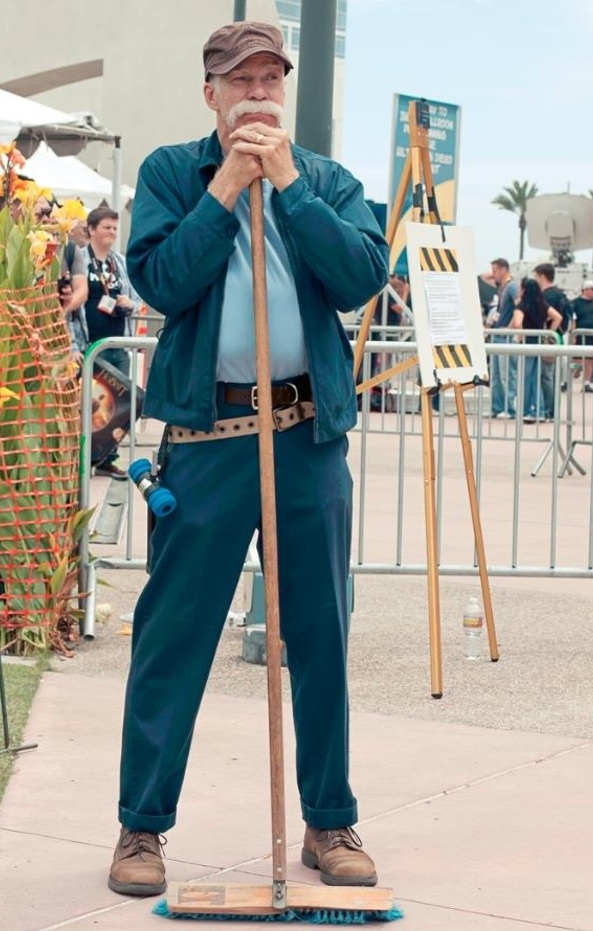