While I am aware that women go through all kinds of trouble to make their fingernails all colorful and pretty, I can’t say I have ever cared much about the looks of their fingernails.  As far as I am concerned, I don’t really care what they look like as long as they are not really long (if they are long enough you are typing with your nails rather than your fingers on a keyboard, they are way too long).  However, I do have an appreciation for those that go through the effort to paint something cool on their nails rather than just a solid color.

In this particular case, Tumblr user domulka painted up their fingernails in a way that any Doctor Who fan couldn’t help but love them!  The nails are painted with various iconic things from Doctor Who including the 10th Doctor’s suit, a Dalek, the TARDIS the British flag and even the 11th Doctor’s fez.  I think they all turned out fantastic!

Pass this along to any Doctor Who fans you know!  Like Fanboy Fashion on Facebok too! 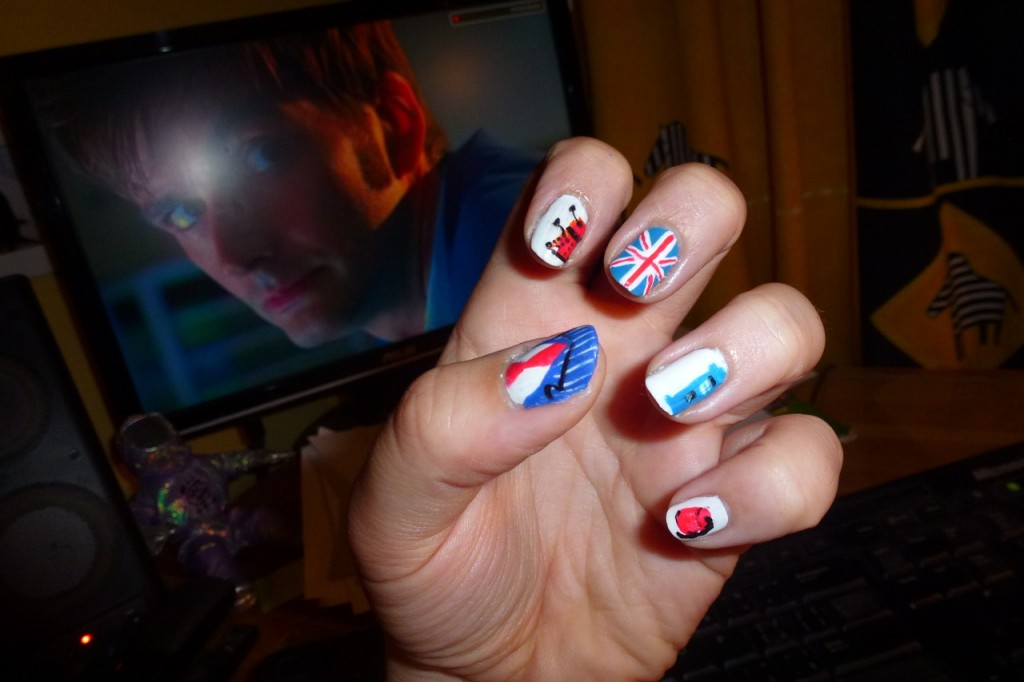 [Via:  Doctor Who Crafts]