Even though I am not the kind of guy that is interested in painting their own nails for whatever reason, I still enjoy seeing really cool nail art.  Last week I posted some pretty cool Duck Hunt fingernail art (that you can learn how to paint yourself) that people seem to have really enjoyed so I thought I would follow that up with some equally awesome Legend of Zelda fingernail art.

I think the Legend of Zelda universe would be a great subject for much more fingernail art because there are so many different characters, enemies, and games that the amount of material you have to work with is almost endless!  So, if you decide to do some cool Zelda nail art, let us know in the comments below and make sure to share pictures!

This makes me wish I could go home from work right now and play some Legend of Zelda. 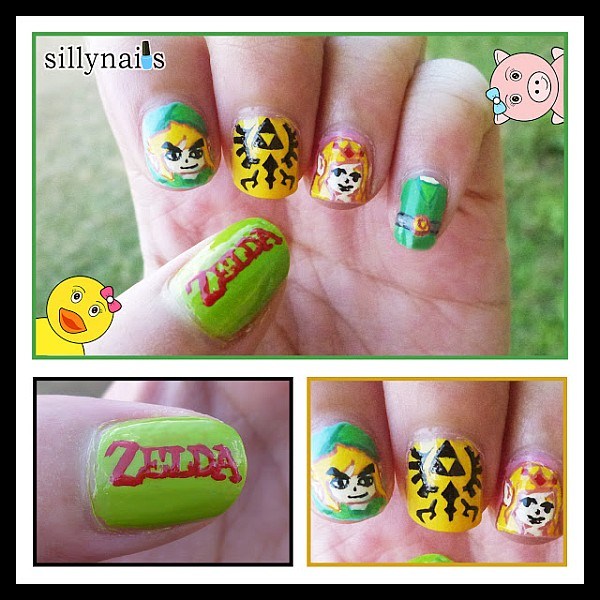