Custom Diablo 3 Cosplay Will Give You Nightmares [pic + vid]

I’ve seen some rather impressive and impractical cosplay before but this one puts them all to shame.  A Diablo fan by the name of Joshua Smith apparently got bored of just waiting for Blizzard to release Diablo 3 so he decided to put his time to good use and make this phenomenal Diablo 3 cosplay.  This giant costume apparently took two weeks to make and is sure to give nightmares to anybody who crosses paths with it.  The costume is quite terrifying but when you see the eyes light up, you are seriously risking being scared to death, especially if it is walking in your direction. 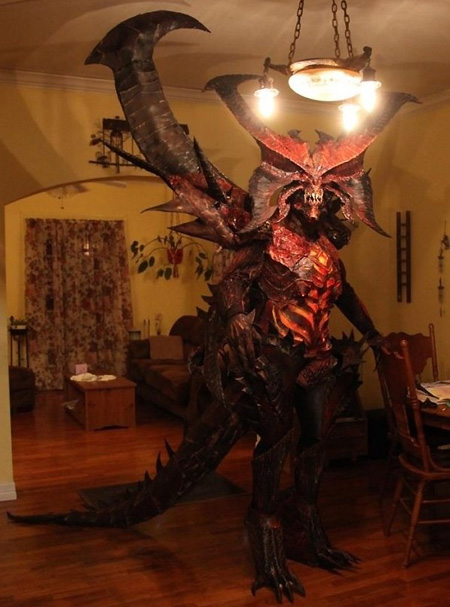