Apparently Ezio from Assassins Creed is getting lazy these days because instead of spending his time running all over town or riding a horse from city to city, apparently he now drives a car.  Considering how many people Ezio has killed, if I was the guy at the pump next to him, I would probably be running for my life rather than taking a picture of him pumping gas but I guess I value living more than this person.  The Assassin’s Creed logo on the back of the car is also a nice touch.  Also, you can never have too much Assassin’s Creed cosplay so if you have snapped any pictures of people dressed as Ezio, share them in the comments below! 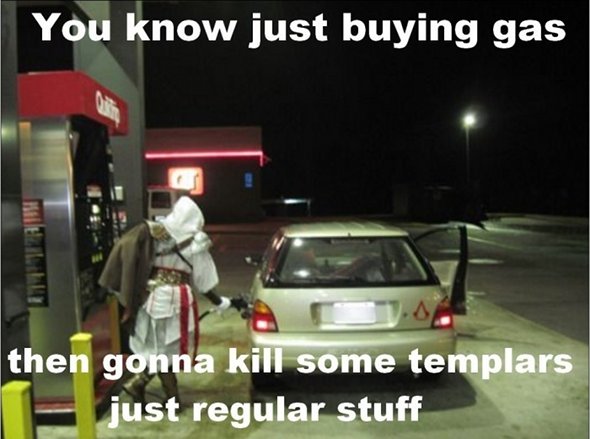