One of the Legend of Zelda games I really need to take the time to go back and play is Majora’s Mask.  I was obsessed with Ocarina of Time when it came out on the Nintendo 64 and I still play it on my 3DS but I never did play Majora’s Mask.  I had honestly never even knew the game until I was on to the next generation of consoles and when I did hear about it, I heard it wasn’t as good as Ocarina of Time and it was harder so I never really gave much thought to tracking the game down and giving it a try.  However, after going to the Legend of Zelda symphony and hearing some of the music from it and then seeing this incredible full-back tattoo, now I really want to go back and play the game.

This absolutely stunning Legend of Zelda: Majora’s Mask tattoo belongs to tumblr user TheGreatKeaton who is easily the biggest Majora’s Mask fan I have ever seen.  The tattoo’s mind blowing design was created by Krystian Marciniak and it was inked by Anson Eastin at the Forever Tattoo Parlour in Cape Coral, Florida.  Congrats to all involved for this incredible Zelda masterpiece! 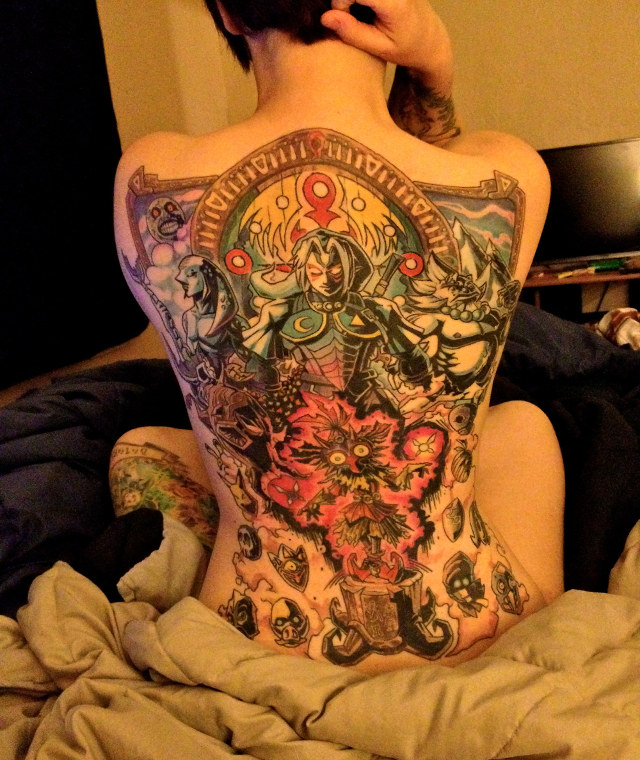