A NES controller isn’t exactly what you think of when you think of sexy, but I would say this NES controller tattoo with a Super Mario Bros star and 1up mushroom qualifies.  It doesn’t seem to be very often that I see a hip tattoo so that was one of the reasons I decided to post it (besides it being completely geeky and awesome).

Unfortunately, I don’t know who this girl is or who the tattoo artist is that made this NES controller tattoo to give them credit but I would say they both must be some pretty awesome people.

Pass this along to any Nintendo NES and Super Mario Bros fans you know!  Like Fanboy Fashion on Facebook too! 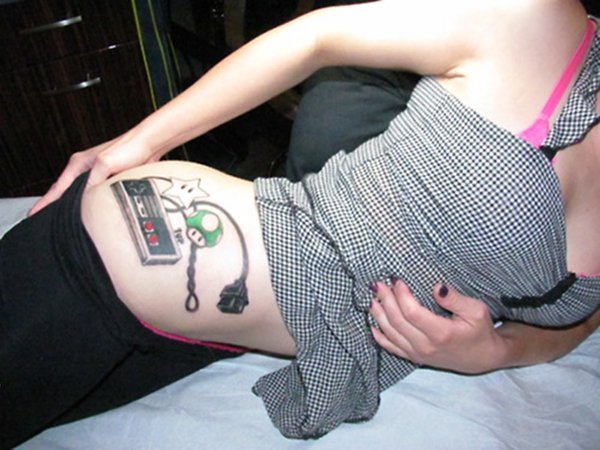