It would make my life if there was an episode of Doctor Who that took place in the galaxy far, far away (I’m talking about Star Wars for those that don’t know what I am talking about).  I would love go see a bunch of Jawas running off with a dead Dalek like shown in this awesome t-shirt design below!

The awesome people over at TeeFury are selling this awesome t-shirt of Jawas carrying away a Dalek for just $10 but only for today!  The name of the art on this shirt is called ‘Bad Exterminator Unit’ and was created by jkilpatrick.

If you are a Star Wars and Doctor Who fan, make sure to order this awesome shirt before its too late!  Remember, it is only on sale today and $10 is dirt cheap for such a great shirt!

Pass this along to any Star Wars fans and Doctor Who lovers you know!  Like us on Facebook too! 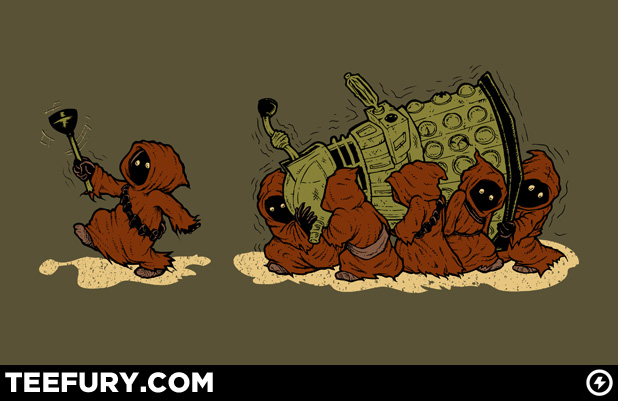 Jawas Carrying Away A Dalek