For as cool as I think a lot of Japanese stuff is, I have never really got into the kimono thing.  There isn’t anything that I dislike about them, I just can’t see myself lounging around the house in one.  However, I have seen some cool ones before but none cool enough to make me want one.  That is until today.  After seeing this amazing Super Mario Bros kimono, I really want one!

I’m not sure who this woman is sporting this phenomenal Super Mario Bros kimono, but she must be one awesome geek to wear it!  If anybody knows who this is, please let me know in the comments so I can give her credit!  I would also love to know if she made this herself of if it can be purchased somewhere.  Pink isn’t really my color, but if I can buy one for myself in another color, I definitely would!

I love the Blooper scarf too as it really completes the Super Mario Bros look. 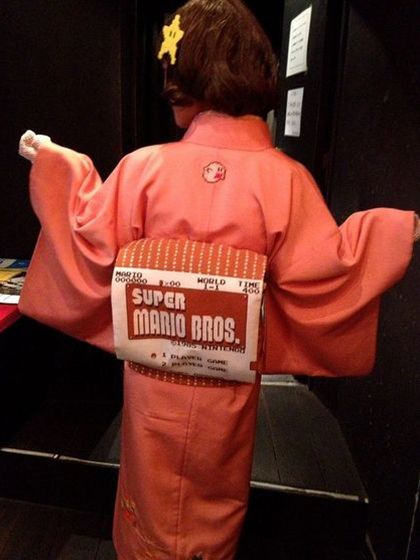 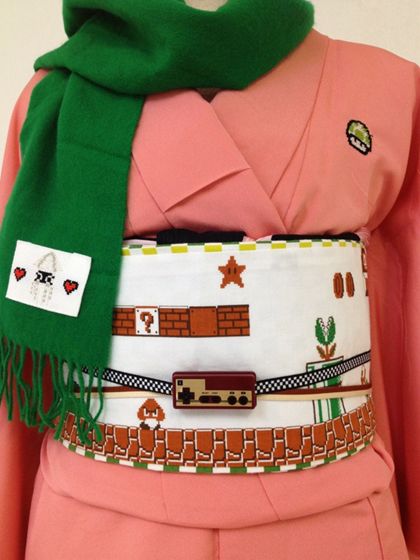 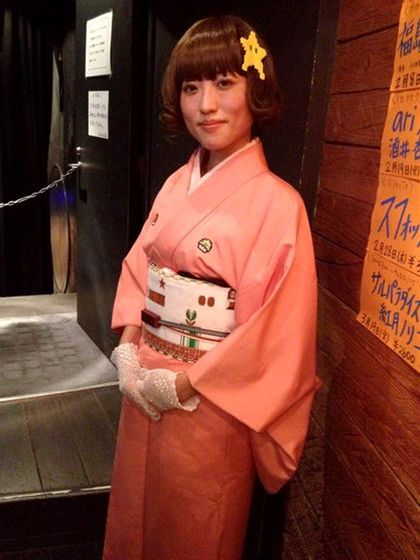 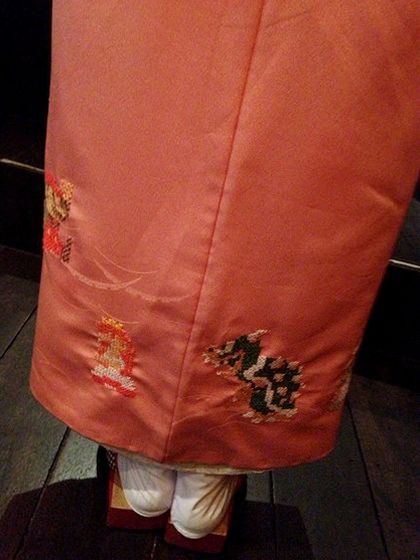