The Many Faces of Captain Picard T-Shirt [pic]

When it comes to Star Trek, it seems that when I ask most people, Star Trek: The Next Generation is most people’s favorite (I prefer Deep Space Nine myself).  One of the main reasons that people seem to like TNG is largely because of Captain Picard.  In fact, people still love the character so much that it lives on in memes across the internet!  It is rare that I don’t see at least one Captain Picard meme on the the front page of reddit every day.

Pass this along to any Star Trek: The Next Generation fans you know!  Like Fanboy Fashion on Facebook too! 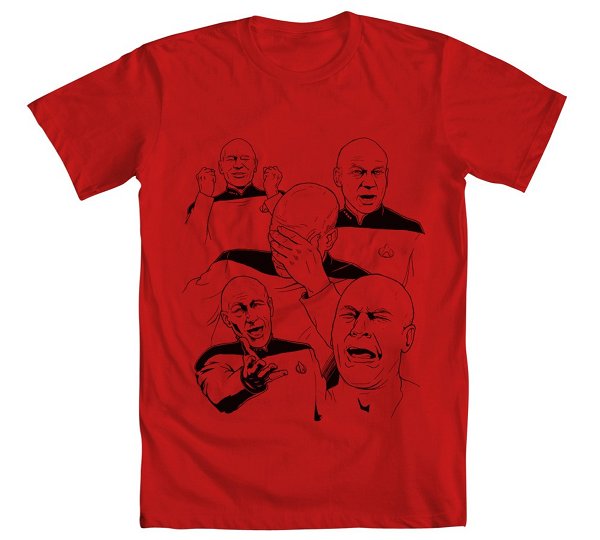 The Many Faces of Captain Picard T-Shirt